The Sandman Will Keep You Awake - The Loop

In about six billion years, the sun will exit the red-giant stage (which will begin in about 5 billion years). Nothing will be left of the sun except for a dim white dwarf. That white dwarf could not support human life on ANY planet. We have to get out of the solar system before that time and establish a foothold somewhere else in the galaxy. BTC travel is probably necessary, and FTL travel would be practical.

However, the star binary star system Alpha Centauri may be a better candidate, as it is possible (though not proven) that planets exist there.

The best candidate may be Gliese 581. This star, though a red dwarf, has at least six planets in orbit around it. One of these planets is firmly within the habitable zone. Red dwarf stars like Gliese 581 and Proxima Centauri are much smaller than the Sun. However, their nuclear fusion reactions proceed much more slowly than the Sun's, so these stars will last for a really long time. It is also possible that other star systems could have habitable planets like Earth. In this solar system, there isn't anywhere like Earth. 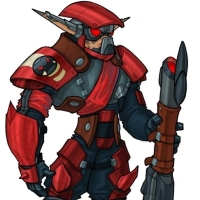